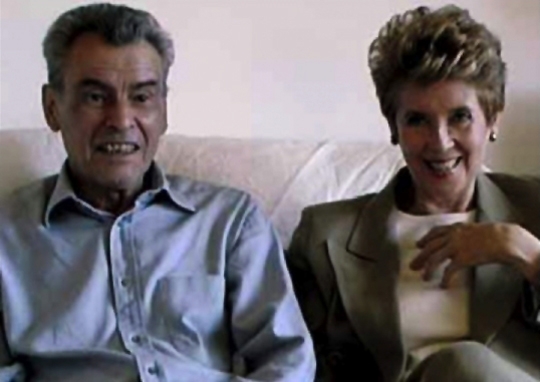 My father was somebody who did not enjoy talking about himself. Although many a star of his generation has written an autobiography, he never felt inclined to do so. In order to encourage him to talk about his life, I decided to interview him. From 2001 until his death in March 2004, we recorded several hours of conversations during which he opened up to me as he had never done before. This material provided the basis for this documentary. My father was a man fraught by many a contradiction. The sheer breadth of his experience was astounding. It included: his search for his biological father. The horror of the war years experienced as a child. The spirit of the 1950s, with its promise of a better future and the desire to cast off the burden of the past. His meteoric rise to stardom, his accolades and his life in Hollywood. His role as a father. The turbulent days of the 1960s stage roles. His years of crisis. His bisexuality. The deaths of his best friends. The bouts of depression that eventually turned him into an alcoholic. His passion for speed and adventure. The sorrows and the joys of a man who, in his heart of hearts, was to remain a child. This film is the document of a tragicomic journey into the world of my father, a journey that has brought me into contact with people and taken me to places that meant so much to him. Christopher Buchholz

What prompted the decision to make this film?

Christopher Buchholz: My father was not a person who liked to tallk about himself. For years I suggested that he work on an autobiography when he wasn’t in front of the cameras. He always said he would, but never did. I finally said to him “you must tell your story; it has to be told. I’ll ask you questions”. We began filming those sessions in 2001. That raw material became the basis for the documentary.

Sandra Hacker: The sense of mourning that ultimately became an important part of the film’s narrative was not planned, of course. But the film was always conceived as a son’s personal portrait of his father.

Did your father know you planned to make a documentary about him with the material?

CB: My father knew and approved.

SH: I had a chance to meet him too before he died. He was pleased about the idea. He had fun doing it.

CB: I realized that he really enjoyed that kind of attention. It was flattering and it was good for him. You can feel that in the film. Even when he’s trying to deny it, he was enjoying it – he was in the spotlight and the camera was running! He addresses the audience several times. I think he’d approve of the film, wherever he might be up there.

What gave you two the idea of working together?

SH: It was pure chance. About three-and-a-half years ago, Christopher told me he was working on a film about his father; that he had begun to interview his father. I thought it was a very exciting and brave idea to make a film about one’s own father. But it’s also dangerous, because you have no distance at all. I asked Christopher if I could help on the project.

CB: At the beginning, I felt I had to be very cautious. I wanted the film to turn out the way I had imagined it and not allow myself to be swayed by other people’s ideas. I had directed short films before, but never a documentary. But I also knew I wouldn’t be able to make this personal a film by myself. I needed somebody to help me. I had seen some of Sandra’s films and liked her work a lot. Then, when I began to sense Sandra’s feelings towards the material, I felt secure.

Your father was an actor, you’re an actor. Was your desire to make this film linked to a desire to get some kind of recipe for success, as in “how to become an international star”?

CB: No, absolutely not. As strange as it sounds, in essence, we’re a perfectly normal family – just like a shoemaker’s family. When Horst was working, I didn’t necessarily see his films. I was interested, but not interested enough. We didn’t grow up in cult worship of a star father. I learned later that my father was an actor, and at that point it wasn’t that important.

Were there spontaneous offers of support for the production?

SH: You’d think there would be with the name “Horst Buchholz”, wouldn’t you? But there weren’t. I think it had a lot to do with prejudice. Those prejudices range from ‘yeah right, the son’s making a film about his famous father’ to ‘is he going to air dirty laundry?’ to ‘is he trying to reap some benefit from his father’s death?’. On top of that, there was the generalized fear of too much subjectivity. Those are all prejudices you could break down, but only if you’re asked openly about it.

CB: It was very difficult. But it made me realize how stubborn I am and how I enjoy fighting for something (laughs). (Broadcaster)SWR said yes right away, and (Berlin’s subsidy organization) Medienboard gave us money. The wonderful thing about Medienboard is that we could go there and pitch our project. You have the chance to win over somebody’s heart and get people excited about a project. Other subsidy committees just read a treatment, which makes it much harder with a complicated project like this. Then there were people who simply got onboard and without whom the film would never have been made.

What’s it like when two directors work together? Did you have disagreements?

SH: I don’t remember many. But, of course, there are going to be battles. And Christopher was approaching it from a completely different angle. It can sometimes be difficult to distinguish between what’s important and right for the film and what might be stemming from purely personal motives. So we talked about that a lot.

How was the collaboration in the editing room?

CB: I really liked the documentary DER MADENDOKTOR (Dr. Maggot) that Sandra had cut with Jean-Marc Lesguillons. I met Jean-Marc through Sandra, two years ago during the 2003 film festival, before Horst’s death. Jean-Marc was the fi rst person who asked me all the right questions. I knew he was a good editor, but after that, I also knew I could trust him. I stayed in the background during the editing. Sandra and Jean-Marc edited the film together. That’s the area in which it was important that I wasn’t making the movie alone – that there was someone there who I trusted to distill the essence of the material.

CB: Because you don’t have any distance. And because you think everything is equally important. But you have to make choices. And you have to see it all from an independent, fresh point of view in order to shape the film. That’s something those two were better able to do on their own.

What criteria did you use in selected the film clips included in the documentary?

CB: That was very interesting. I was barely familiar with the movies that my mother acted in. As a child, I found it embarrassing somehow, because most of them were melodramas and it was all too kitschy for me. Then, for our movie, I watched her films again and I think she really was a good actor. For instance, in “Resurrection”. It was also very moving to see what my own parents looked like when they were just meeting and falling in love. There were some films my father made that I had never seen either. I discovered them in doing this project. One of those, for instance, was “WET ASPHALT”, which has a fabulous scene, a really powerful moment, that we used in our film.

SH: We screened about 80 films and TV productions, of the about 90 that Horst appeared in. We first made spontaneous selections, according to what we thought was interesting. We asked ourselves which scenes conveyed something about him, which aspects were most interesting? In the fi nal analysis, the film clips serve a double purpose. On the one hand, they serve to document Horst’s career – there are clips from both his first and his last big theatrical films in our movie. And on the other hand, they function kind of like fun-house mirrors of Horst within the documentary narrative.

Were there moments when you thought you simply couldn’t go on with the film?

SH: Christopher told me at one point that he’d be happy when the film was finished. He said he found it extremely hard to keep holding on to the mourning process. It was an absurd situation, continually seeing and hearing his father in the editing room. He would have liked to let go of him. Hopefully, he’ll be able to do that soon.

Do you have any idea how the film might be received?

CB: I hope everyone can fi nd a piece of himself or herself in the film. Basically, I wanted to make a film about families.

SH: I think getting to know Christopher’s mother, Myriam, is like a gift to anyone who sees the film. Just watching Myriam and listening to her, you see what an amazing woman she is. She has so much humor. The way she talks about diffi cult moments in life with a smile. We can learn a lot from her.

CB: In that sense, I’d say the film is more of an homage to my mother than to my father, I feel. (Source: SAY CHEESE Productions)

Christopher Buchholz: born in Los Angeles on 4.2.1962, he grew up in Paris and studied art and film at UCLA. He received his acting training at Lee Strasberg’s institute and was also taught by Stella Adler, among others. He acts and directs for both stage and screen. Sandra Hacker: born in Augsburg in 1975, she first studied German language and literature in Augsburg, later taking up film studies at Baden-Württemberg Film Academy. She has been working as a freelance editor and director since 1998.