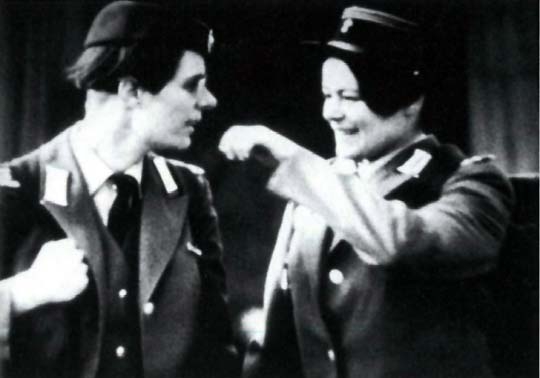 One of those wars between France and Germany. Two Lady soldiers, one German, one French, are lost in the woods. An encounter is inevitable . . .

Biography Born in Paris on 11.5.1960, where she later took her final school examinations and passed her driving test. Lives in Berlin. Studied at the Berlin College of Arts from 1988-92. Received a bursary from the Karl Hofer Society.Took up film studies at the German Film and Television Academy in Berlin in 1992. Has made several short films and experimental videos.

Born in Osnabruck on 13.04.1963. After working as an assistant began studying at the College of Film and Television in Potsdam-Babelsberg in 1993. Has made several short films and experimental videos.