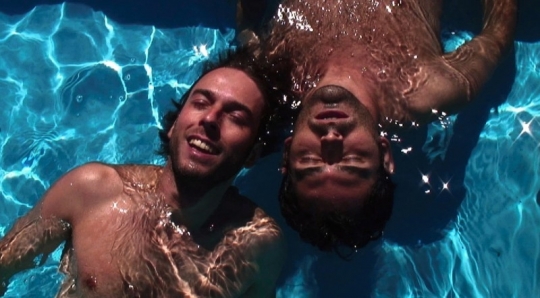 Luca and his friend Gustav are thirtysomething; they have been a couple for eight years. Nothing out of the ordinary for a western country, one might think. Yet this is not so. For Luca and Gustav live in Italy and, believe it or not, there are a few places out there in Euroland where the acknowledgement of civil rights for a pair such as Luca and Gustav are still an issue – and a major one at that.
Then, “suddenly, last winter”, Luca and Gustav’s private life was turned upside down. Having come to power in March 2006, the Italian centre-left coalition proposed the introduction of new legislation regarding the registration of domestic partnerships that was to include same-sex partnerships. The announcement led to a national debate. Within a few days the whole country was involved in heated discussions at every level of society including the media and all the political parties.
As a result, there was an increase in violence against gays in Italy that provoked dramatic commentaries from church pulpits and television talk shows alike. This was the context in which, camera in hand, Gustav and his partner decided to set off on a journey through their country where came across a considerable amount of sexual intolerance. Their film documents their encounters during this trip; from conversations with people on the street, interviews with representatives of religious associations and Conservative and Liberal politicians – and charts how their initial ironic approach gradually gives way to an increasing feeling of unease.

Gustav Hofer: born in Sarnthein in South Tyrol in Italy on 9.5.1976, he studied journalism at Vienna University and film at Middlesex University in London. Since 1996 he has been working as a freelance journalist and documentary filmmaker. A presenter on the television programme “Arte Kultur” and a cultural correspondent in Italy, he also presented the Teddy Awards in 2007.

Luca Ragazzi: born in Rome on 20.2.1971, he studied literature and philosophy at “La Sapienza“ University in Rome. A journalist, film critic and photographer. IMPROVVISAMENTE L’INVERNO SCORSO is his first film.