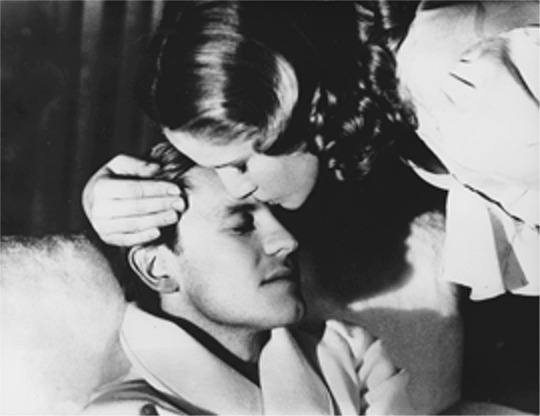 Ferrara, Italy at the end of the thirties: The Finzi Continis are a respected intellectual, jewish family with a stately property. When restrictions against the jews under Mussolini’s fascist government tighten, their large garden becomes a meeting point for the jewish friends of their grown-up children Micòl and Alberto. They try to avoid the ever growing threats with parties and tennis matches. The pretty Micòl falls in love with Giorgio, son of a jewish doctor, who is trying to come to terms with the fascists. Later she starts a liaison with his friend, to whom she is mostly physically attracted. She also deeply loves her brother Alberto, who dies before the family is finally deported.

This Masterpiece from Vittorio De Sica, with Visconti star Helmut Berger in the roll of Alberto, won the Oscar for Best Foreign Film and the BERLINALE GOLDEN BEAR in 1971.

Vittorio De Sica grew up in Naples, and started out as an office clerk in order to raise money to support his poor family. He was increasingly drawn towards acting, and made his screen debut while still in his teens, joining a stage company in 1923. By the late 1920s he was a successful matinee idol of the Italian theatre, and repeated that achievement in Italian movies, mostly light comedies. He turned to directing in 1940, making comedies in a similar vein, but with his fifth film I bambini ci guardano (1944), he revealed hitherto unsuspected depths and an extraordinarily sensitive touch with actors, especially children. It was also the first film he made with the writer Cesare Zavattini with whom he would subsequently make Schuschia (Schuhputzer) (1946) and Fahrraddiebe (1948), heartbreaking studies of poverty in postwar Italy which won special Oscars before the foreign film category was officially established. After the box-office disaster of Umberto D. (1952), a relentlessly bleak study of the problems of old age, he returned to directing lighter work, appearing in front of the camera more frequently. Although Gestern, heute und morgen (1963) won him another Oscar, it was generally accepted that his career as one of the great directors was over. However, just before he died he made Der Garten der Finzi Contini (1970), which won him yet another Oscar, and his final film Ein kurzer Urlaub (1973). He died following the removal of a cyst from his lungs.