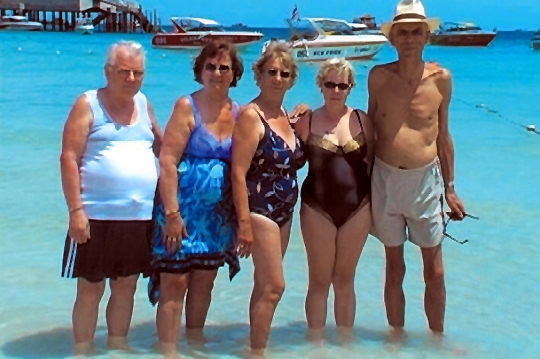 In big cities, discrimination against homosexuality and a gay way of life is not a big issue anymore. Gay mayors and football club association presidents are no longer colourful exceptions to the rule, rather they have become an expression of normality. In rural areas,however, the definition of what is normal is quite different. Out here, normal means a husband, wife and children – the nuclear family. In the country, expressions such as “bloody poofter” are still common parlance and mothers are ashamed if their sons fail to bring home a girlfriend. Hartmut, Richard, Stefan and Uwe are all gay men who live in the country. They punctuate their rural existence with brief but regular sojourns in Berlin, Zurich or Thailand. These four men have learned to live with the fact that their lifestyle is met with a volley of abuse from their heterosexual friends and acquaintances in the church choir and at the local pub. Jochen Hick’s film provides an insight into a largely unknown world. The audience follows the lives of the protagonists via the comments of their heterosexual environment. Expressed in the local dialect, the often comical and regularly surprising comments on homosexuality demonstrate just how deep the gulf is between what is supposedly normal and what comprises a deviation from the norm. The film provides a bitterly comical portrait of a heterosexual perspective on gay men in Germany’s country towns.