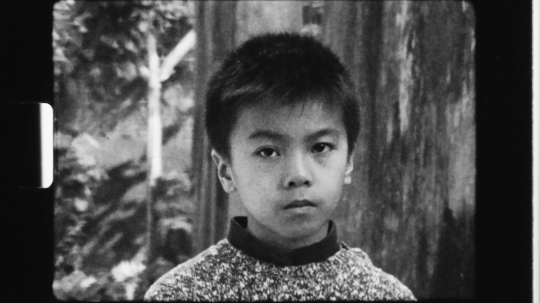 The latest collaboration between João Pedro Rodrigues and João Rui Guerra da Mata is a short film that marks the return of the two filmmakers to the former Portuguese colony Macao where they shot The Last Time I Saw Macao in 2012. The word “panchão” was first heard in Macao. From the Chinese “pan-tcheong” or “pau-tcheong”, dictionaries define it as a Macanese regionalism also known as “China cracker” or “Chinese rocket”. Making firecrackers used to be one of three main crafts in Macau, the others being making joss sticks and making matches. The craft of making firecrackers arrived in the city late in the 18th century. The two filmmakers trace the history of the Iec Long Fireworks Factory, which is the only well-preserved survivor of industrial heritage in Macao. An eye witness reports:
“I first entered the Iec Long Firecracker Factory led by my father. Times were difficult and children had to help support their families. It was tradition, it was like that back then... And it still is in some regions of China. Some of us were only six years old... It was hard work... It was dangerous work, there were many explosions. There were lots of dead people, many of whom were children, and dozens were injured. Throughout the years, many people died... I lost many friends. Yes, these memories haunt me like ghosts.”

João Pedro Rodrigues (* 1966 in Lisbon) is a Portuguese film director. After a discontinued study of ornithology, he began his studies at the Lisbon Film Academy in 1985 and graduated in 1989. After assisting other directors such as Alberto Seixas Santos and Teresa Villaverde, he made his first short film, O Pastor ("The Shepherd"), in 1988. His following short film Parabéns ("Congratulations") received a special mention at the 54th Venice Film Festival. In 1998 he shot Viagem à Expo for Expo 98, the world exhibition in Lisbon.
In 2000 his first feature-length film was shown in Venice and attracted international criticism. Subsequently, O Fantasma received further awards, including two main prizes for best film (in Belfort and New York). After his second feature Two Drifters (orig.: Odete) in 2005, he shot To Die Like a Man (orig.: Morrer Como um Homem), which premiered in 2009 at the Cannes Film Festival in the category Un Certain Regard. The author Carlos Castro accused Rodrigues of using his novel Ruth Bryden as a model for the film. His film A Última Vez Que Vi Macau ("When I Last Saw Macau") was released in 2012.
For his film O Ornitólogo he was awarded the Leopard for Best Director at the Locarno International Film Festival in 2016.