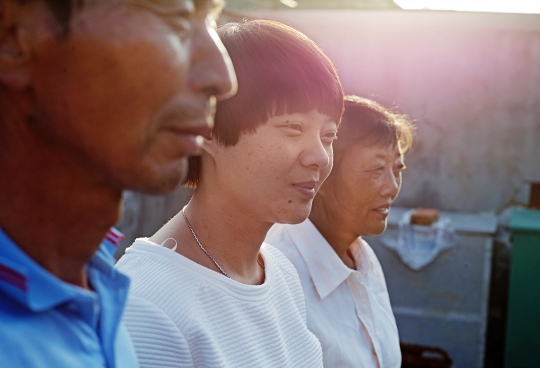 Inside the Chinese Closet

Andy’s father knows that his son is gay but, determined to conform to social conventions, he urges him to find a lesbian who is willing to marry him. Cherry has already entered into a bogus marriage, but now her parents expect their only daughter to provide them with a grandchild so that they can finally put an end to their neighbours’ gossiping. In China, gay men and lesbians are under enormous pressure to spare their parents the perceived shame of having an unmarried child without offspring. Homosexuality may no longer be illegal, but understanding for a life lived outside traditional heterosexual norms is rare. Director Sophie Luvarà sensitively accompanies Andy and Cherry in their often absurd attempts to do the right thing: bogus gay-lesbian marriage markets, agencies for surrogate mothers, price lists for the adoption of newborns and their constantly carping parents who will simply not let up. Both Cherry and Andy succeed in carving out a little piece of freedom. But they also know that their personal coming out will, in turn, force their parents into a closet, since they do not want to acknowledge their children’s homosexuality in public.

Born in Reggio Calabria, Italy in 1982, she studied medical biotechnology at the University of Turin where she also began a doctrate in cancer research. In 2007 she switched disciplines to study documentary filmmaking at the London Film Academy. She has since directed a number of independent documentaries. INSIDE THE CHINESE CLOSET is her first feature-length documentary.