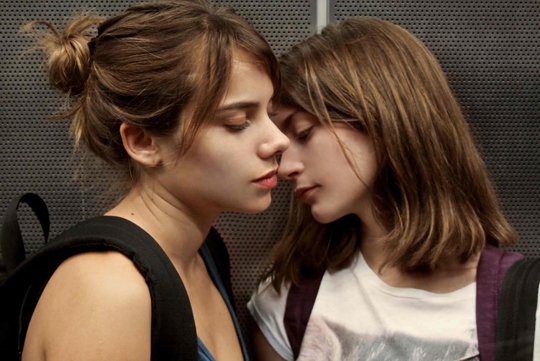 Daniela may be quiet and elegant, but her thoughts are pretty wild and revolve mostly around sex and her need for self-fulfilment. Daniela lives for her blog. Only here can she speak openly about what turns her on. She has to do this in secret when she’s at her parents’ house, because she’s from an upper class family of wealthy, devout Protestants for whom everything is forbidden. Daniela is expelled from school after she sleeps with a boy. Her mother now sees her as a disgrace to the family and uses sanctions in an attempt to coax her daughter back onto the straight and narrow path to faith. But Daniela, who is not prepared to wait any longer for tenderness and sexual fulfilment, embarks instead on a passionate love affair with her girlfriend. Bursting with flamboyant illustrations and delighting in glaring juxtapositions, this is a film that is as experimental as its protagonist. In this, her feature-length debut, Marialy Rivas also experiments with a blog’s structural characteristics.

Born in Chile, award-winning director and writer Marialy Rivas spent her childhood and pre-teen years under the military dictatorship of Augusto Pinochet. Tackling questions of wealth disparities and social mobility, Rivas went to one of the most southern islands of her home country for her short documentary Melody (Mountainfilm 2015), a film about a passion for music and its ability to offer a way out of poverty. Her other films include Young & Wild, which won Best Screenplay at Sundance 2012; There is Hope, a short film made with funding in part from the Melinda and Bill Gates Foundation; and Blokes.