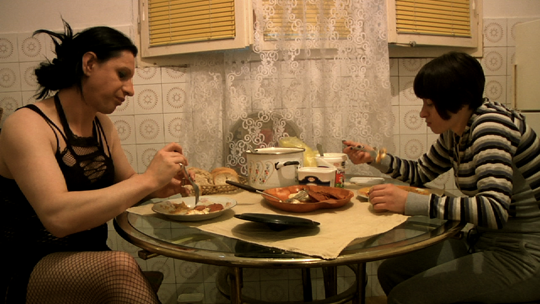 Goca is a transvestite in Belgrade, the capital city of a country where organising orpartcipating in a gay pride parade is forbidden. She is raising a daughter who is really her niece. Although her eighteen-year-old boyfriend steals the money she risks life and limb to earn as a sex worker, Goca still loves him and manages to retain her sunny, open-minded nature. On her thirty-ninth birthday she decides to celebrate he rcoming out on stage in front of a live audience. And so she tells them the story of her life: when I was a boy, I was a girl

Born in Belgrade in Yugoslavia in 1979, she studied ethnology, anthropology and peace studies at the University of Belgrade, participated in a Jean Rouch Ateliers Varan documentary filmmaking workshop and then graduated in documentary media studies at the New School in New York. Her films have screened at over 80 festivals worldwide.