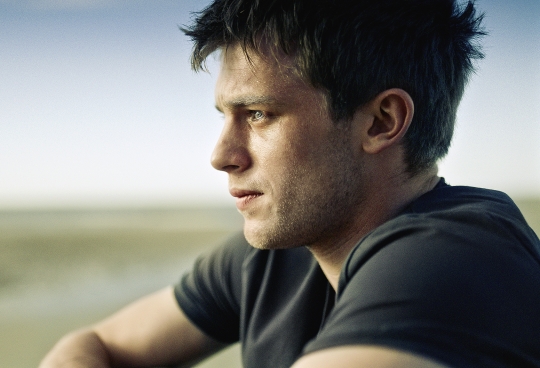 Jonathan is 23; he and his aunt, Martha, work on their farm. Jonathan also devotes himself to looking after his father Burghardt, who has cancer. But, railing against his own decrepitude that prevents him from a dignified end, his father stubbornly sabotages all of his son’s efforts. Jonathan finds it increasingly difficult to cope until they hire a young carer, Anka, to help. Jonathan and Anka fall in love; her experience of working at a hospice helps Jonathan to gain a new inroad into his father’s situation. When Burghardt’s long-lost boyhood friend Ron appears on the scene his health visibly improves and, although the family sees Ron as an intruder and is against it, Ron continues to stay on to be with Burghardt. Jonathan discovers that, many years ago, his father and Ron were deeply in love. All at once, the façade of cherished family beliefs crumbles and long-repressed secrets come to light – but Jonathan also learns how to let go of his father and to accept his death as something that will open up the path towards a self-determined life.

Born in Warsaw, Poland in 1975, after completing school he trained as a computer programmer and studied graphic design and business. In 1996 he began working on film projects and then, between 1998 and 1999, studied film at Goldsmiths College in London. He also studied at the Offenbach University of Art and Design and, in 2007, obtained a degree in directing from the Film Academy Baden- Württemberg.