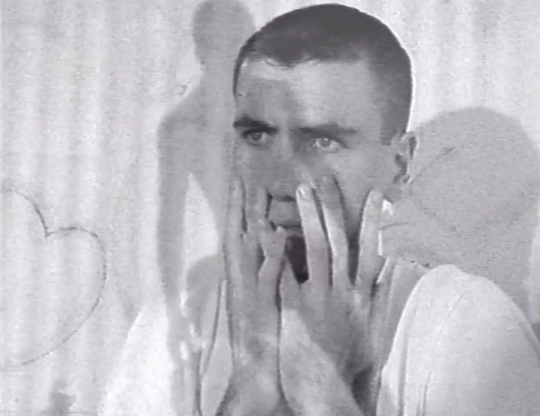 Young men find themselves scattered and defencelessly exposed to a merciless sun. Their gaze moves off searchingly into the distance. Deserted places appear to offer vague promises of refuge. On a prison wall, an explosive image of desire emerges, full of hope for freedom. Constantine Giannaris relishes in mixing light and colour with the textures of Super 8 and video footage to express the thoughts of the poet Jean Genet. Greatly affected by the AIDS epidemic, he addresses the desire for love as well as the threat of isolation and death in a restless cinematographic delirium.

Born in Greece on 3.12.1959. Lives and works in London. Studied history at various universities in England. Has been making documentaries for five years, also working on projects for television, low-budget feature films and writing screenplays.