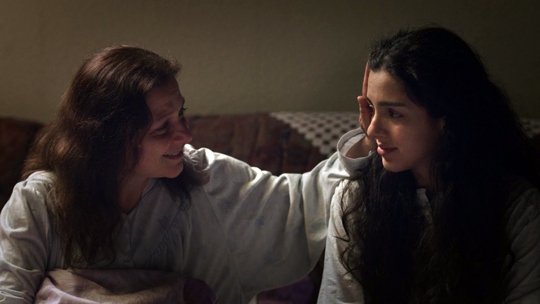 When Ayse celebrates her wedding almost everyone in her Turkish village believes her to have married Hassan who is just a few years her senior. But in fact, she is sent to Vienna as Hassan’s father Ahmet’s second wife. She arrives in Austria and receives a mixed welcome from her new family. At first, Ahmet’s children, some of whom are older than Ayse, turn their back on the girl. Only Fatma, Ahmet’s wife of many years who is now dying of cancer, seems genuinely pleased: now she can be assured of a good successor to tend to her husband, to whom she has been a loyal and obedient Muslim wife. But then Ahmet, not Fatma, dies. Ayse, who starts working at a supermarket, falls in love with a young Turkish colleague. Hearing about this, Fatma feels insulted and disappointed …
Director Umut Dağ’s description of the complex microcosm of a Turkish family living in Vienna displays a great deal of sensitivity in a work that explores the relationship between the old and the new, loyalty and friendship, and is not afraid to broach deep-seated emotions.

Born in Vienna, Austria in 1982, he studied international relations, religion and teaching. Beginning his career as a commercials director, he took up studies at the Vienna Film Academy in 2006.