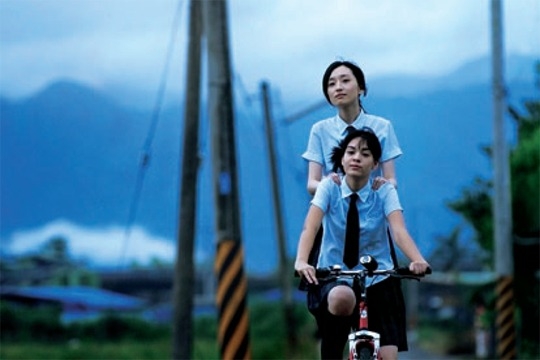 MIAO MIAO is the title of the film as well as the female protagonist's name. She is a shy exchange student from Japan. Struggling to adjust to her new life in Taiwan, she eventually gets to know one of her female classmates, Ai. Ai is an extroverted girl, who becomes increasingly enamoured with Miao Miao. Oblivious to Ai’s strong feelings for her, Miao Miao only has eyes for the brooding CD shop owner Chen Fei, a young guy with a secret past. He seems determined to block out the world by taking cover under his headphones, which are more of an accessory as he never actually listens to music. Miao Miao visits him daily in his store, trying to decipher his very enigmatic essence. But only Chen knows the story behind the lost song ´Come Together´ and the associated memories of a childhood friend. When Ai realises Miao Miao is falling in love with Chen, Ai discovers her feelings for her are deeper than she ever expected. “MIAO MIAO is a film about the uncertain yearnings of youth, the beautiful fragments of life´s journey, and the need to love and be loved“, says Director Cheng Hsiao-Tse. MIAO MIAO is Chengs feature film debut.