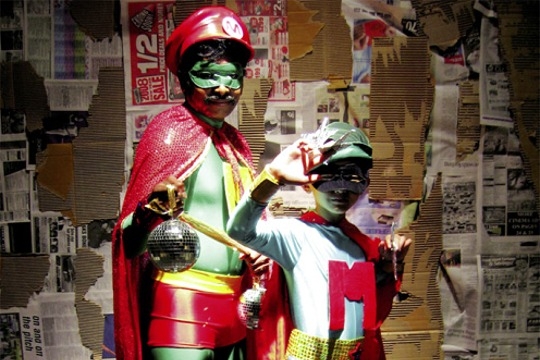 Seng, the son of a »Ragman« comics collector, would like to draw comic book super heros, to the distress of his father. In order to learn, he picks up comic books. The day he steals one from a mom and pop store, he is caught by a police officer. The storekeeper helps Seng out of trouble, but trouble seldom comes alone: Seng’s father suddenly shows up at the Indian shop and sees his boy hanging around with the gay storekeeper. Seng has only one more way out, to flee into fantasy …

A cinematic tribute to the small kiosks – now almost extinct – that are known in Singapore as ‘mama shops’. In Tamil, the word ‘mama’ means ‘uncle’. Like the film’s director when he was a boy, the young protagonist of this film is a regular customer at one such shop, where he goes to buy comics. The boy comes from a poor family and has no money and so he decides to steal a comic, because he is searching for inspiration for his own superhero story. But then the shop owner and the boy are drawn into a story of their own.

Born in Singapore on 14.9.1968 where he attended the film and media school at Ngee Ann Polytechnic, completing a post-graduate course in film production at the same institution. He has since made four short films and is now a teacher himself at the Polytechnic.