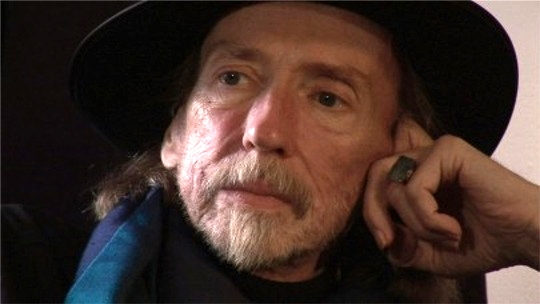 Werner Schroeter was one of the most significant proponents of New German Cinema. Schroeter was diagnosed with cancer in 2006. At the time, he was working for the Kunsthalle Düsseldorf gallery on a musical piece entitled ‘Schönheit der Schatten’ (The Beauty of Shadows) based on the works of Robert Schumann and Heinrich Heine. For Schroeter, oscillating between hope and trepidation, it marked the beginning of a race against time.

In her film, Elfi Mikesch, who photographed a number of Schroeter’s films and who collaborated closely with him to create his vision, provides us with an intimate insight into Schroeter’s artistic output during the remaining four years of his life.

MONDO LUX portrays Schroeter full of creative energy and enthusiasm for the cinema, theatre and photography. We observe him at rehearsals for ‘Antigone/Elektra’; preparing the photographic exhibition ‘Autrefois & Toujours’ and working intensively on the dubbed version of his last film, DIESE NACHT, which was shot in Portugal in 2008.

Copious excerpts from Schroeter’s films, ranging from EIKA KATAPPA (1969) to DIESE NACHT (2009), reflect the colourful spectrum of his oeuvre, inscribed in a retrospective view that is pervaded by music. The film also illuminates biographical connections and enshrines the passionate bond that Schroeter felt towards film, opera and theatre, but also towards his friends, the people with whom he lived and worked.

Schroeter was an artist propelled by Eros and by passion, a man who felt the proximity of both beauty and death. MONDO LUX constitutes an intimate space – a space in which, in view of the time the protagonist has left to live, every day becomes quite unlike any other.

He was honored with the SPECIAL TEDDY AWARD in February 2010 for his life achievement.
The statement of the TEDDY Foundation:

Werner Schroeter, the radical experimentalist and great maverick of New German Film, has been awarded with this years´ SPECIAL TEDDY, because he is to be counted among the likes of Fassbinder, Herzog or Wenders as one of the most important players in the emerging Young German Cinema and he is one of the greats of the gay culture in its early emancipation movement of postwar-Germany. He reimported pieces of European culture, opera and dealings with big emotions from the USA. Werner Schroeter thinks in opera and is therefore able to illustrate the desires of people and present pictures, who are understood by heart. The pictures made by Werner Schroeter are likewise aesthetical revolution and emotional inspiration, whose denotation is beyond words.