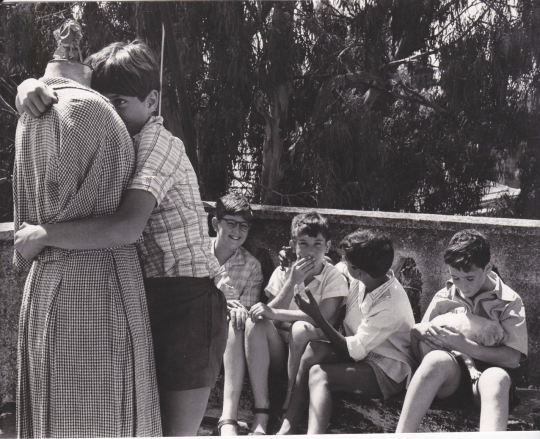 Twelve year-old Uri reports his teacher Balaban as a spy when he observes him when he meets with a young arab man. Only later does he discover that Balaban's interest in the young arab is romantic rather than political.

Today it is exactly the same as 36 years ago: love between Arabs and Jews is punished, hate and murder are accepted as normality. Dan Wolman casts a brave early look at this never-to-be-accepted situation.

Born in Jerusalem in 1941, he studied film in the USA and has directed over 50 short and feature-length documentaries and fiction films. He has taught at Tel Aviv University, the Ma’aleh School in Jerusalem, New York University and the School of Visual Arts in New York. He has also written and produced theatre plays in the USA, Israel and France. He is involved in the support of Israeli-Ethiopian filmmakers and is developing new strategies for independent film distribution. He has won many awards and been a member of numerous festival juries including in Istanbul, Bratislava and Mumbai.