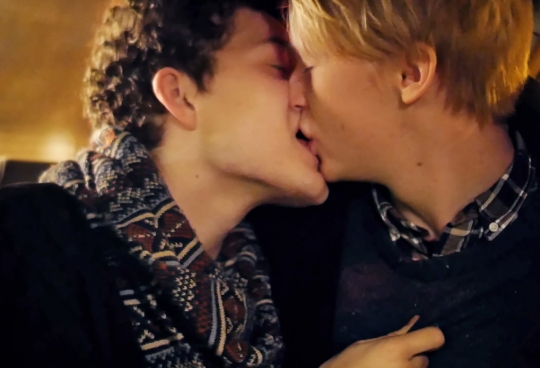 So, he’s gay. This evening he’s introduced his boyfriend to his mum and later kissed him passionately goodbye in the car. He’s fortunate to have such an open-minded mother – not everyone is as lucky. But she thinks it’s best that he doesn’t tell his father yet. And he certainly shouldn’t make it known in public that he’s gay. A lot of people are prejudiced. Not everyone is as understanding as his mother

Born in Gothenburg, Sweden in 1989, he studied film directing at the Valand Academy in the same city. His short film SOMETHING BEGINS, SOMETHING ENDS screened at the Stockholm International Film Festival. MAMMA VET BÄST is a preparatory work for a feature film project.