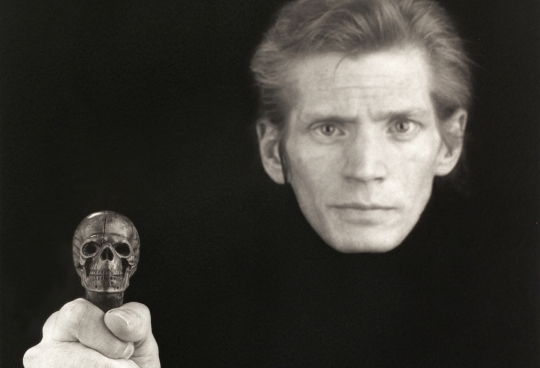 Mapplethorpe: Look at the Pictures

He was a catalyst and an illuminator, but also a magnet for scandal. From an early age Robert Mapplethorpe had but one goal which he single-mindedly pursued: to ‘make it’ not just as an artist but also as an art celebrity. He could not have picked a better time: it is the Manhattan of Warhol’s Factory, of Studio 54 and, following the Stonewall riots, an era of unbridled hedonistic sexuality. His first solo exhibition in 1976 already unveils his topics: erotic depictions, flowers and portraits. He is gaining notoriety through his series of explicitly sexual photographs from the gay sadomasochistic scene as well as nude pictures of black men. Fenton Bailey and Randy Barbato, who took part in the Panorama in 2003 and 2005, were given unrestricted access to Mapplethorpe’s archives for their documentary Mapplethorpe: Look at the Pictures in which this exceptional artist talks candidly about himself in recently discovered interviews. At the same time, the testimonials of friends, lovers, family members, celebrities and models help paint quite a critical picture of this complex key figure of twentieth century photography.