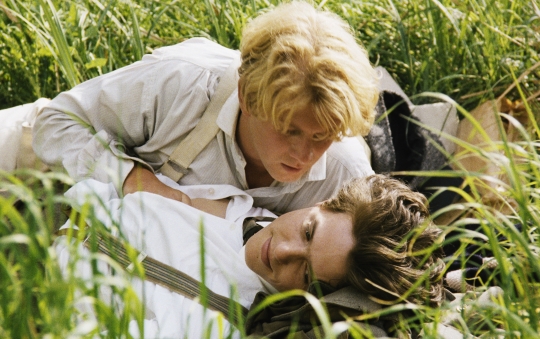 At King’s College, Cambridge in 1909, fellow students Maurice Hall and Clive Durham feel more for each other than mere friendship. But sexual contact, never mind the “unspeakable vice of the Greeks” as their Plato professor calls it, remains taboo. For fear of being ostracised, like one of their classmates, they keep their love secret. Later, after Clive has made a marriage befitting his station, they maintain a purely platonic friendship. When Maurice begins a relationship with the Durham’s gamekeeper, it seems as if he has found happiness ... Following their Oscar-winning turn with A Room with a View (1985), the team of James Ivory and Ismail Merchant took on this second film based on a book by E.M. Forster; although the novel had been written in 1913/14, it could not be published until after his death in 1970. In melancholy tones, the film deals sensitively with the grief of a forbidden love. The rigorously detailed production design precisely captures the Edwardian zeitgeist, while at the same time, the exquisite composition of the camerawork reveals the narrow-mindedness of a society in which prudery and hypocrisy rule. – World premiere of the digitally restored 4K DCP version.

The main part of his few movies were filmed in the quarter of a century in which he worked closely together with the Indian producer Ismail Merchant and the German writer Ruth Prawer Jhabvala. His first films are all set in India and are very much influenced by the style of Satyajit Ray and Jean Renoir. After this period, he filmed three stories in New York and then dedicated his work to the great works of the English literature which made him internationally famous.