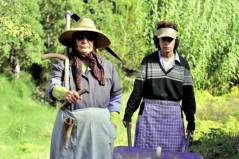 Flora is an old spinster. She lives in a small village and has spent her whole life looking after her relatives. Her only sister died young leaving Flora with three nieces to raise. As soon as they reached adulthood her nieces all left the village. Flora is beginning to worry. It’s coming to a time when the three young women should be looking after her and Flora is afraid that she’ll be carted off to the old people’s home where one of the nieces works. Her salvation is Purita, [...] 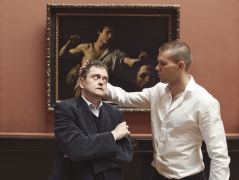 Marc is a wealthy but terminally ill man who is living life to the full one final time. Alongside his ordered existence as a human resources manager in Luxembourg he enjoys a bacchanalic life with young male 'companions' in the luxury hotels of majorcities whose opera houses happen to be playing Mozart’s Don Giovanni. This opulently filmed documentary follows Marc on his journeys, accompanies him on his visits to doctors, and allows him to expound upon his personal philosophy of [...] 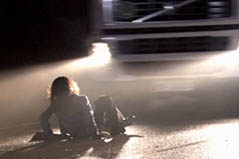 Leyla, Carina and Aram are all victims of crimes that they refuse to take lying down. They are at the centre of this Swedish thriller. Leyla is the daughter of immigrants and has grown up on a suburban estate. Her 19-year-old sister Nina is the black sheep of the family, because she supposedly hangs out with the wrong sort of boys. But it's not true. When her relatives even go so far as to stage-manage Nina's suicide, Leyla decides to do everything in her power to restore her sister's [...]

Freddy is an artist whose desire for a baby has become something of an obsession. He surrounds himself with photographs of his childhood and is working feverishly on a fresh piece about new-borns. He and his partner Mo have even managed to persuade their best friend Polly to have their baby. However, after numerous failed attempts to conceive, this proves to be more difficult than they first envisaged. Freddy’s planned video installation also turns out to be rather more [...] 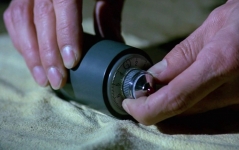 The flow of images is endless, snippets of hundreds of feature films follow each other in rapid succession. For the entire duration of this found-footage essay, they illustrate the filmmaker’s voiceover narration, which is akin to a diary covering the period between April and October 2016 and is equally delivered at speed. After separating from his partner, with whom he moved to a remote part of Alsace years before, the filmmaker lives there in isolation, without a car, without a job, without [...] 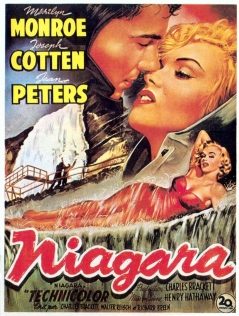 At Niagara Falls, Ray and Polly Cutler meet the Loomis. Rose is an attractive blonde with a penchant for life, her husband George an obviously depressed war veteran with a penchant for jealousy. And with good reason: Rose is actually planning to have her lover throw him off the falls ... The marriage and revenge thriller combines the low-key staging of expressionist shadows from a film noir with the glorious showmanship of a Technicolor production. Color applications already contribute to the [...] 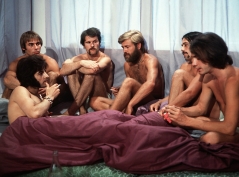 Engl. Title: It Is Not the Homosexual Who Is Perverse, But the Society in Which He Lives

In the commentary, the word “gay” is uttered 90 times, which was still being used in the context of hate speech in 1971, two years after the abolition of Section 175 of the German criminal code, which criminalized homosexual acts between males. Those affected had not yet reclaimed the word. Delivered in a declamatory tone in voiceover to silent images showing clichéd gay scenes, the commentary provoked those unwilling to hear anything about it and those who were suffering from [...] 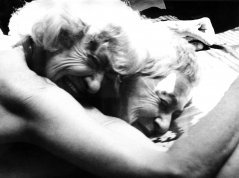 In her first feature, after decades as a pioneer of lesbian cinema, Barbara Hammer weaves striking images of four contemporary gay and lesbian couples with footage of an unearthed, forbidden, and invisible history, searching eroded emulsions and images for lost vestiges of queer culture. Questions of historic representation are examined through addressing the margins, between-the-line readings, and images outside of prescribed textual boundaries. Archival footage from Lot In Sodom (1933), often [...] 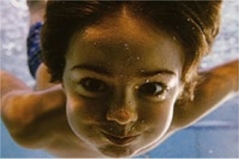 A look back at a few glorious days in Robin’s childhood that shaped her life. When she was seven, she spent her holidays as a swimming camp. She decided to do without her bikini top – and managed to pass for a boy for several weeks on end. 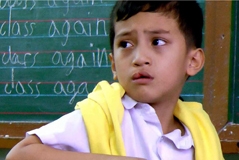 Whenever the schoolchildren sing the national anthem eight-year-old Toto is asked to keep quiet. He has a harelip and his garbled voice always makes them all laugh. But this boy from the slums is a battler and not so easily daunted. His mate is a little boy who is hard of hearing; when these two are on the prowl together even the bruiser next door doesn’t bother them. Toto’s mother can’t really look after her son much. She’s got too much on her plate trying to manage her [...]

Adele Tullis’s formally straightforward but aesthetically convincing documentary examines rigidly defined gender roles and the uncritical submission to the dictates of (hetero-)normativity. Turning her camera’s gaze on everyday actions, rituals and scenes, the director makes some of the situations she records seem disconcerting by juxtaposing sounds and images in a contradictory montage. In long, static shots she depicts girls being made up to look like princesses; a father accompanying [...]

Three years after the unexplained death of his niece Kalla, artist and filmmaker Angelo Madsen Minax returns to his Mormon family’s home in the small town in Michigan where his father’s sawmill is located. His sister Jesse, who had found temporary stability as a mother after a difficult youth and addiction problems, is suspected by the authorities of being responsible, along with her partner David, for the death of their daughter Kalla. While Jesse struggles with her trauma and depression, [...]

Not Blacking Out, Just Turning The Lights Off 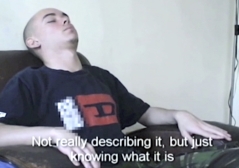 The video examines the role of intimacy in relation to desire and physical proximity.Using images and sounds that are surrogates for the liquidity or porosity of the body, of being inside and outside, it slips between the sensual image and its abstraction.Isla Leaver-Yap

Notes On A Scandal 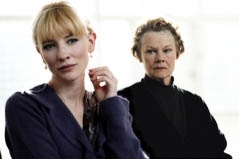 Barbara Covett is a domineering, nonetheless lonely teacher who has worked for years at a shabby state school in London. Ruling her class with an iron fist, the only creature to whom she feels an attachment is her cat, Portia. Otherwise Barbara lives alone; she has neither friends nor confidante. All the things that make her happy or sad are committed solely, and more or less faithfully, to her diary. Then one day a young art teacher named Sheba Hart joins the school. All at once, Barbara [...] 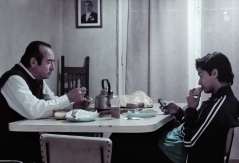 Introverted Juan, manager of a mannequin factory, lives alone with his eighteen-year-old gay son, Pablo. Whilst Pablo blithely studies dance, Juan is hoping that, after twenty-five years at the firm, his boss will consider him for a partnership. When Pablo is badly wounded in a brutal homophobic attack which sees him hospitalised, his father realises just how far they have become estranged. A lack of witnesses and expensive medical bills force Juan to leave the quiet stability of his life for [...]