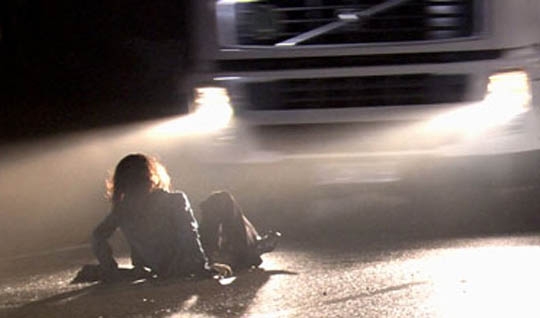 Leyla, Carina and Aram are all victims of crimes that they refuse to take lying down. They are at the centre of this Swedish thriller. Leyla is the daughter of immigrants and has grown up on a suburban estate. Her 19-year-old sister Nina is the black sheep of the family, because she supposedly hangs out with the wrong sort of boys. But it's not true. When her relatives even go so far as to stage-manage Nina's suicide, Leyla decides to do everything in her power to restore her sister's honour. Carina is a fortysomething television journalist who lives with a cinema tographer named Håkan. Although they act the happy couple at work, this couldn't be further from the truth - for Håkan beats his wife. When this becomes unbearable, Carina decides to report him to the police and he is arrested. Carina's colleagues resent her actions, and so Carina feels she has no option but to take her case to the media. When even the media rejects her story, she gives up journalism and decides to take up a career in politics. She runs for office in the European Parliament where she intends to draw attention to violence against women. She soon realises that she hasn't a chance of winning the election. But she's not going to give up that easily. Aram and his brother and sister have put every cent they own into a tiny restaurant. After a while, their business is going so well that criminals begin to take an interest. When their bouncer refuses entry to three young hoodlums, the restaurant becomes the target of a nocturnal raid, during which several people are shot at. Aram is the only one who can identify the perpetrators ...

Anders Nilsson is a writer, director, showrunner and editor from Sweden. In the 80's and 90's he also worked as a cinematographer and sound editor, sometimes under the pseudonyms of 'Andrew Nelson', 'Anthony Newton' or 'Andy Nelson'. In 1998 he created the character "Johan Falk" (a cop played by Jakob Eklund) who first appeared in the movie "Zero Tolerance". Between 1999 and 2015, Nilsson has been the showrunner on all 20 full length Johan Falk movies, of which he has directed 7. Johan Falk is Sweden's most popular film series.