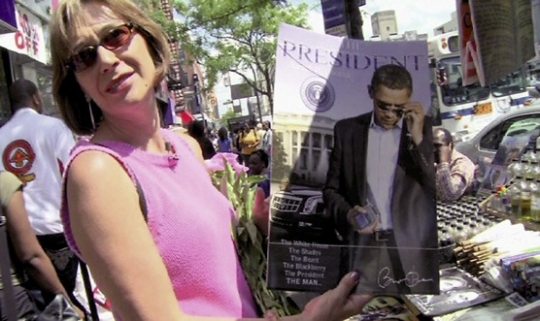 Twenty years ago, the Berlinale’s Panorama section screened Rosa von Praunheim’s ÜBERLEBEN IN NEW YORK - SURVIVAL IN NEW YORK. The film revolved around Claudia, Anna and Uli, who came to New York at the beginning of the eighties; they were all trying gain a foothold in a city that, at the time, was a much tougher place to live in than it is today. Now, twenty years on, Rosa von Praunheim returns to his protagonists in his new film.
Rosa von Praunheim: “Twenty years after my most successful theatrical work, ÜBERLEBEN IN NEW YORK, I decided to seek out the film’s protagonists, Anna and Claudia. I was surprised to discover what had become of them. At the same time, I also began retracing my own steps in New York all those years ago; looking for images in my old films of the rambunctious seventies with its wild sex parties, riotous demonstrations and eccentric Warhol superstars.
I remembered the tragic eighties and the angry struggle against Aids, which claimed the lives of many of my friends. In the hopeful nineties I filmed the outcry of transsexuals who were no longer prepared to accept being raped and murdered. At the same time, New York’s mayor, Giuliani, began ‘cleansing’ the city. Sex clubs were closed, and artists and the homeless were driven out. Manhattan got richer – but a bit boring. After an absence of more than ten years, I returned to New York with my camera in the spring of 2009. I wanted to know what had happened to my favourite city – the place where I once spent the happiest times of my life.”