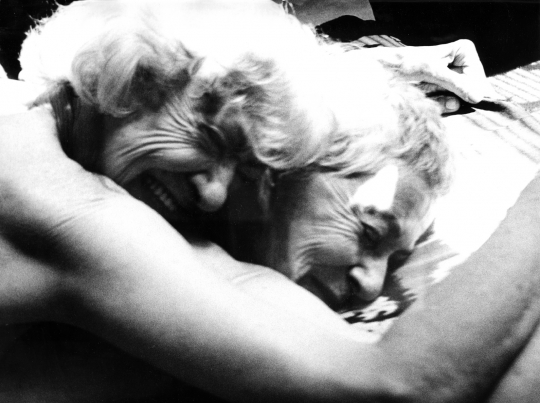 In her first feature, after decades as a pioneer of lesbian cinema, Barbara Hammer weaves striking images of four contemporary gay and lesbian couples with footage of an unearthed, forbidden, and invisible history, searching eroded emulsions and images for lost vestiges of queer culture. Questions of historic representation are examined through addressing the margins, between-the-line readings, and images outside of prescribed textual boundaries. Archival footage from Lot In Sodom (1933), often regarded as the first queer film made in the United States, as well as footage from German narrative and documentary films of the thirties, are interwoven with contemporary footage in this multi-faceted, haunting documentary.