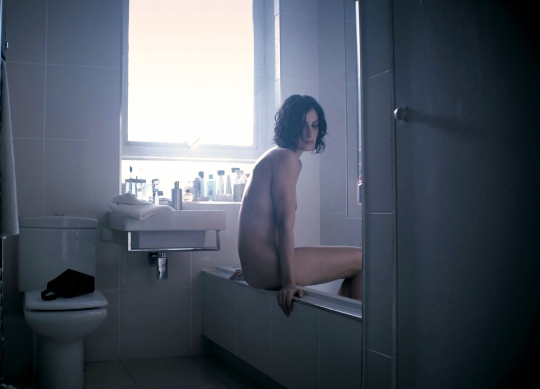 Lara is Palestinian. She left Ramallah thirteen years ago to begin a new life in London where she married Michael and had a child. She, her husband and her seven-year-old son James lead a pleasant, albeit somewhat dispassionate life in one of the city’s better districts. But there’s nothing that a good slug of vodka won’t help her to cope with. But then, one day, Inam turns up at Lara’s front door. She is a childhood friend from Ramallah. No sooner does Inam surge into the apartment, ask Lara about her husband (currently out at work) and shower attention on Lara’s little boy than it becomes apparent that there is a certain tension between the two women. It’s not long before Lara realises that everything she has created for herself is endangered by Inam’s brusque intrusion. The two women share a secret. Back then, on the West Bank, the girlfriends shared a closeness borne out of their adolescent sexual experiences. One evening in 1994 during the Intifada, they ignored the curfew and headed out to the Jewish part of Jerusalem to see a film at a cinema. Two young Israeli soldiers who noticed them mistook them for Italian tourists. After the film they went out for a drink together. But something that began as a youthful prank took an unexpected turn. What really happened depends on the way each individual perceives those events. Your memory can play tricks on you. Especially when it concerns your deepest fears…

Jonathan Sagall, born and raised in Toronto, Canada. During his teens, his family moved to Israel where his film career began as an actor. He auditioned to a few acting schools in England, got accepted to four. He graduated from the Guildhall School of Music & Drama in London England.