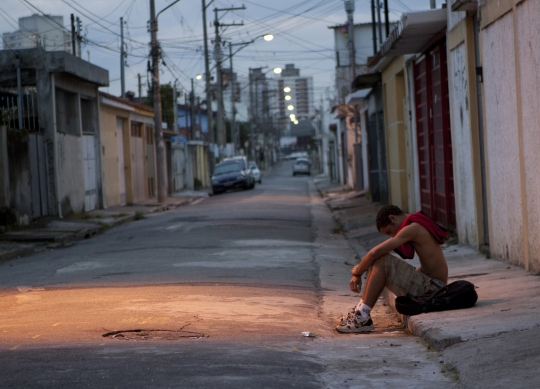 At a new school Leandro meets the lively Jefferson. They form an instant attachment and soon realise that theirs is no ordinary friendship. But Jefferson has to tell Leandro something and he is clearly struggling to get it out. Leandro enquires further, hoping it’s some kind of a joke. Except Jeff doesn’t look like he’s joking. If they want to be together there's one irreversible thing Leandro must deal with: Jeff is HIV positive.

Born in São Paulo in Brazil, he initially studied acting and worked for four years as an actor before starting to study film and photography. He currently works in an integrated communication agency. O PACOTE is his directing debut.