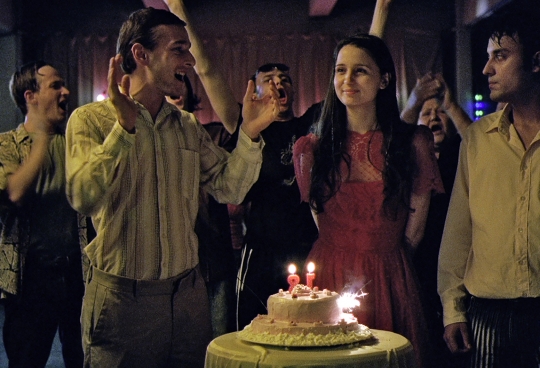 There’s a party in the Tokoriki nightclub. It’s Geanina’s 18th birthday and the whole village is there. The neon palm is lit up and the DJ is wearing his golden shirt. Alin and his friends ride up in style in the horse-drawn cart and take over the dance floor. But Alin seems to have something on his mind. His eyes sparkle when he sets eyes on Geanina, which doesn’t escape her boyfriend’s attention. Emotions are running high. Will there be an escalation tonight?

Born in Romania in 1991, she studied film directing at the National University of
Theatre and Film I.L. Caragiale in Bucharest. She has written and directed a number of documentaries and short films including PERENNIAL PLANTS which won the Critics Award at the International Student Film Festival CineMAiubit in Bucharest in 2013.