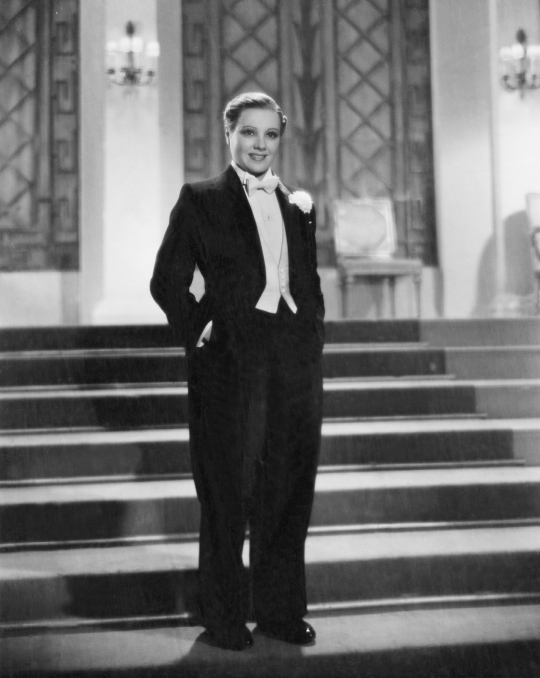 Because they cannot pay the rent, Eva and her grandfather become homeless. The young girl then tries her hand at street music until a fleeing thief forces her to change her clothes. Made into a boy in this way, Eva, who now calls herself Peter, ends up in court after a traffic accident. Its victim, the doctor Robert Bandler, provides Eva/Peter with work for a garage owner out of pity. She doesn't know to whom she owes the job, but because she feels attracted to Robert, her masquerade now causes numerous entanglements ... With Peter, a recognised authority for social criticism goes into exile: the comedy of depression. And as the cheeky pleasure play with two kissing tuxedo wearers pushes the gender ambiguity to a new climax, the gender comedy follows her directly. Shot in German in Hungary, Peter expresses the hope that this exile is only temporary. But Peter was never shown in Germany. Francisca Gaál as a dashing "tomboy", who can be as boyish as he is seductive, is a late rediscovery - and Peter is one of the most charming cinema comedies of the thirties.

Henry Koster was born Herman Kosterlitz in Berlin, Germany, on May 1, 1905. His maternal grandfather was a famous operatic tenor Julius Salomon (who died of tuberculosis in the 1880s). His father was a salesman of ladies unmentionables who left the family while Henry was at a young age, leaving him to support the family. He still managed to finish gymnasium (high school) in Berlin while working as a short-story writer and cartoonist. He was introduced to movies in 1910 when his uncle Richard opened a movie theater in Berlin and his mother went there every day to play the piano to accompany the films. Henry went with her--day care being nonexistent then--and had to sit for a couple of hours a day staring at the movie screen.

He achieved success as a short-story writer at age 17, resulting in his being hired by a Berlin movie company as a scenarist. He became an assistant to director Curtis Bernhardt. Bernhardt fell sick one day and asked Henry to direct (this was around 1931 or 1932). He had directed two films in Berlin for Aafa when Adolf Hitler came to power. He was in the midst of directing Das häßliche Mädchen (1933) at that point, and having already been the victim of anti-Semitism, he knew he had to leave Germany, and soon. Any doubts he entertained about leaving were erased when, at a bank on his lunch hour one day, a Nazi SA officer insulted him; Henry hit the Nazi so hard he knocked him out. He proceeded to go directly to the railroad station and took a train for France. Upon arriving in France he was rehired by Bernhardt (who had left earlier). Eventually Henry went to Budapest and met and married Kató Király (1934). It was there he met producer Joe Pasternak, who represented Universal Pictures in Europe, and directed four films for him.

In 1936 he was signed to a contract with Universal and brought to Hollywood with Pasternak, several other refugees and his wife. At first he had some troubles at the studio (he didn't speak English), but eventually convinced Universal to let him make Drei süße Mädels (1936) with Deanna Durbin and coached Durbin, who was 14 years old. The picture was a huge success and pulled Universal from the verge of bankruptcy. His second film, Hundert Mann und ein Mädchen (1937) with Durbin and Leopold Stokowski, put Universal, Durbin, Pasternak and himself on top. He went on to do numerous musicals and family comedies during the late 1930s and early 1940s, many with Betty Grable, Durbin and other musical stars of the era. He stayed at Universal until 1941, then worked for MGM, and around 1948 moved over to 20th Century-Fox. He was nominated for an Academy Award for Jede Frau braucht einen Engel (1947).

In 1950 he directed what was his biggest success to date--the James Stewart comedy Mein Freund Harvey (1950), but, although many in the industry thought it would be nominated for Best Picture, it wasn't. He directed the first American film in which Richard Burton appeared, Meine Cousine Rachel (1952), then was assigned by Fox to direct its first CinemaScope picture, Das Gewand (1953), also with Burton, which was a tremendous success. He directed a few more costume dramas, such as Desirée (1954) with Marlon Brando, then went back to family comedies and musicals, such as Mandelaugen und Lotosblüten (1961) for Universal. After he finished Dominique - Die singende Nonne (1966) he retired from the film business to Leisure Village, Camarillo, CA, to indulge his lifelong interest in painting. He did a series of portraits of the movie stars with whom he worked.