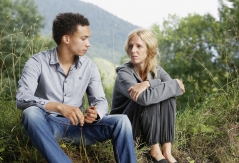 Damien and Thomas attend the same grammar school class.They cannot stand each other and whenever verbal insuls fail to do enough damage they take a swing at each other. Yet they could just as easily be friends. Damien’s mother Marianne is a country doctor and his father a military pilot on a tour of duty abroad. Thomas is of Maghrebi descent and is the adopted son of a farming family living on a remote farm in the mountains. After several miscarriages the farmer’s wife is expecting [...] 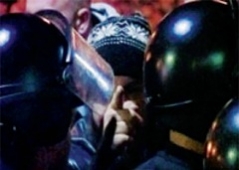 The first Queer Sarawejo Festival was held on September 24th, 2008. It included exhibitions, performances, public discussions, and films. The opening at the gallery of the Academy of Fine Arts was attacked and left eight people injured, forcing the organisers, a non-governmental organization Organization Q, to close the rest of the festival to the public and to eventually cancel the whole event. ”Kill the Gays“ was written on their signage. People that wanted to participate in the [...] 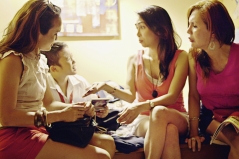 ‘You’ll be beautiful and it won’t even hurt!’ This is what Dorina promises dozens of her clients. She has come to Manila from Japan to help them realise their dream of once winning a Miss Gay or Miss Amazing beauty contest. Decked out in the eccentric and colourful costumes of the show there’s no sign of the earlier injections of liquid silicone to their cheeks, nose, lips, breasts, hips and behind. Dorina, who is herself transgender and unhappily in love with a dancer [...] 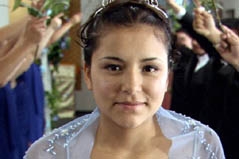 The Quinceañera is an important festival for Mexican girls. Celebrated on a her 15th birthday, it marks the turning point when a girl is recognised as a woman. Magdalena is the daughter of a staunchly devout family of Mexican Catholics living in Los Angeles. She too dreams of her Quinceañera, of the gorgeous white dress and the enormous stretch Hummer in which she will be chauffer-driven through the streets. But shortly before the great day dawns, she realises that she has fallen [...]