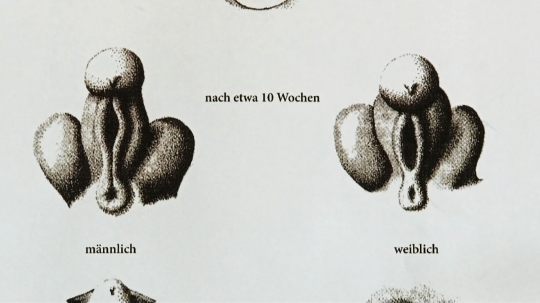 We live in hypersexualised times. The press, adverts and TV are constantly putting naked women and their genitalia on display. But many women are still deeply prudish when it comes to the relationship with their own body. In public we see airbrushed, de-individualised anatomies which conform to the standards of attractiveness used by the porn industry. The ideal image of the smooth, perfectly shaped vulva with symmetrical labia has little to do with the actual shape of most female genitalia. The resultant insecurity many women feel about their own bodies has proven to be a gold-mine for cosmetic genital surgery which promises to manufacture the perfect vagina via the surgeon's scalpel. With their comprehensive and unflustered research into the history of this particular aspect of the female anatomy in the 21st century, the directors shed light on every facet of the matter in hand, from sex education to censorship, from the airbrushing of "misshapen" labia in pornographic images to the work of activists against female genital mutilation - and in doing so celebrate the diversity of the female body.

Born in 1955, she studied visual communications at the University of Fine Arts of Hamburg. She has been making documentaries for many years, either as a director or a cinematographer. In the year 2000 the ten-part WDR/arte series ABNEHMEN IN ESSEN received the Grimme Award.

Born in Hamburg, Germany, in 1960, she took her degree in film at the University of Fine Arts of Hamburg in 1988. She founded MMM film production in 1989 and has since worked as a production manager/line producer and independent