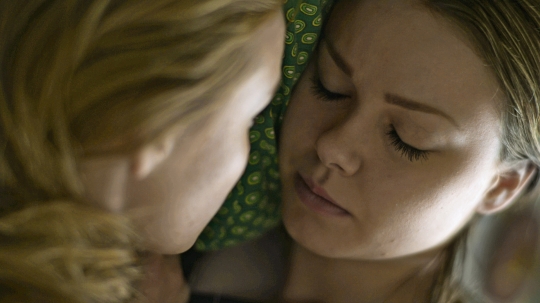 Maria hesitates when her best friend Birita offers her some pills, but – what the hell? Her mother’s away and they are both desperate to have some fun tonight. They set off and, once the drug takes effect, start euphorically planning how they might finally escape their dreary island. But they only manage to wind up at a party where thez continue celebrating. Maria’s pupils are wide open in her delicate face. She may be high, but she doesn’t feel at all well any more. It now transpires that Birita has plans for her friend: she wants Maria finally to have sex with a boy and put a stop to the stupid gossip about her being a lesbian. The film stays very close to its protagonists; it succeeds in depicting their insecurities and making apparent their fears and their pain without ridiculing them.

Born in 1986 and raised in Skopun in the Faroe Islands, he took up studies at the Nordland College of Art and Film in Norway in 2007. Upon graduation, he returned to the Faroe Islands to pursue his goal as a screenwriter and director of giving the Faroese language and culture a voice in the film world.