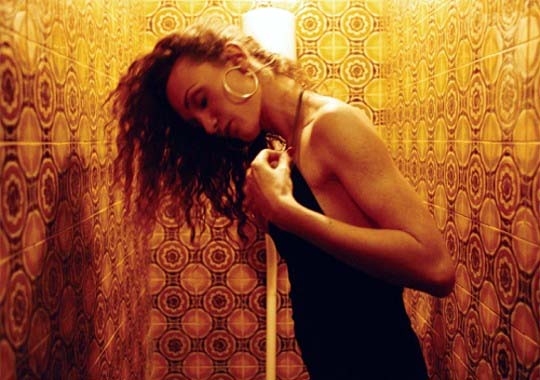 Sylvie is a 32-year-old transsexual prostitute.Sylvie feels that her life is somehow wasting away. Often suffering from depression, the desire to end it all sometimes becomes overpowering. In spite of this, she does manage to enjoy a brief moment or two of happiness here and there, such as when she goes out dancing or spends time with her friends, most of whom are also transsexual. One night she meets Mikhail, a Russian immigrant without a residence permit. Mikhail fought in Chechnya and was a deserter before he came to France. He lives from hand to mouth, doing the odd poorly-paid job arranged for him by the owners of the guest-house where he lives. Mikhail shows more than a passing interest in Sylvie. But Sylvie is living with Jamel, a thirty-year-old North African who has fallen out with his family and who, like Sylvie, sometimes goes out on the game. Sylvie makes a surprising decision in that she decides not to chose one partner to the exclusion of the other.Why shouldn’t they simply continue as a trio? Then, one day, Sylvie receives the news that her mother is fatally ill. Sylvie decides she must go and visit her – and that her friends must come along too. And so the three city-dwellers put their hectic lives in Paris behind them and head north for the country…