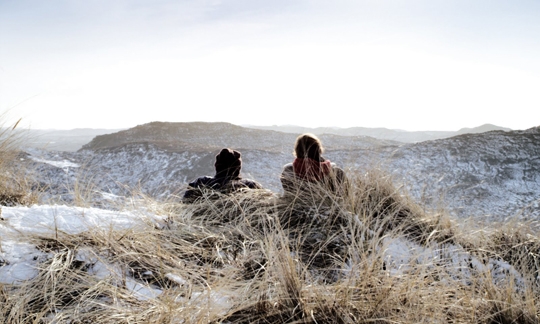 The island of Sylt in winter is a freezing cold, beautiful but desolate place. On the beach is a young man, Jesús, who has somehow wound up here from who knows where. Cem has a temporary job working at the town clerk’s office and hopes to study landscape architecture later on. He comes across Jesús just as he is about to put an end to it all by putting a plastic bag over his head. This wonderfully off-kilter opening marks the beginning of a laconic love story. In his film, director Tim Staffel explores what happens when someone with both feet firmly on the ground, with a family, friends and a future all mapped out, meets someone who has nothing and nobody and no longer believes in themselves. What will they make of each other? What will happen to them as a couple? How much can pressure their relationship take? As for Cem, he realises that everything he thought he wanted might not be so important any more, and Jesús, for whom nothing seemed important, suddenly realises that now there is someone who means something to him and for whom he too is important. So – a happy end? Not likely! Their mutual dependence soon begins to erode the pair’s relationship from the inside out.

Born in Kassel in Germany in 1965, he studied applied theatre studies in Giessen and moved to Berlin in 1993. A novelist, his titles include the 1998 work Terror drom (published by Ammann in Zurich), the 2008 work Jesús and Muhammed(published by Transit, Berlin) on which WESTERLAND is based, the stage play Next Level Parzival (published by Ruhrtriennale/Rowohlt Theatre Press in 2008) as well as radio plays. WESTERLAND marks his directorial debut.