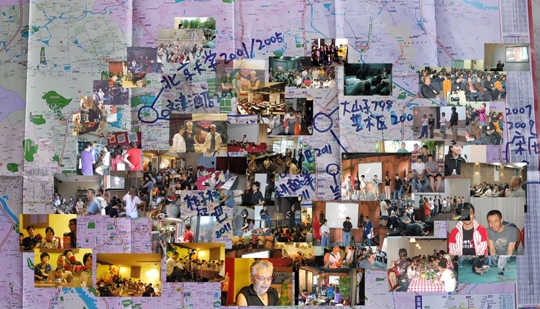 In 2001 three students of Peking University in Beijing held the first gay and lesbian film festival. The festival was brought to a halt by the university authorities during the opening event. This was a foretaste of what was to follow during the next ten years, in which the festival has battled against the oppressive vagaries of the authorities, homophobia and discrimination. Under the aegis of its founding director Cui Zi’en, the Beijing Queer Film Festival is still the only film event in China devoted to gender and sexuality; the initiator continues to successfully defy prevailing strict media censorship. Each of the five editions of the festival came up against official stumbling blocks, and every time the organisers were obliged to find new venues, often at short notice. In order to confuse the censorship authorities, the festival changed its name for each outing – just one of a wide variety of ‘guerrilla’ tactics in which the organisers are now well-versed.

Graduated from Peking University with a degree in French linguistics and literature in 2004, she went to Université Libre de Bruxelles (Brussels) to study cultural management from 2007-2010. She worked for Belgian Royal Film Archives - Chinese Film Fund, served as artistic director for European-ChinaAudiovisual-Network. Co-founder of Beijing Queer Film Festival in 2011, and the executive chairwoman of the 2nd and 5th festival in 2005/2011, she directed and coproduced with her colleagues the documentary about the 10 years guerrilla warfare of Beijing Queer Film Festival: “Our Story”.