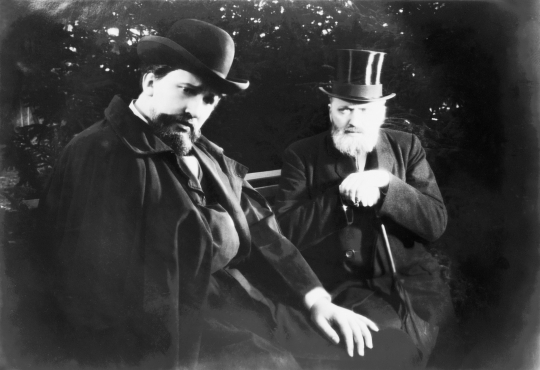 In the last years of his life, Bavarian king Ludwig II (1845 – 1886) devotes himself to ambitious architectural projects, which strain the state coffers to the extreme. The monarch, who is afraid of people, also withdraws more and more into a dream world at his various castles. His brother is already in a psychiatric institute and Ludwig is also eventually put under the care of psychiatrist Bernhard von Gudden. The king attempted to get out from under this guardianship at Starnberg lake ... “If the upper echelons don’t like you, you must go ...” Taking a down to earth point of view, this story of the “fairy tale king” depicts the descent of a broken character into mental breakdown. In Wilhelm Dieterle’s interpretation, fawning courtiers and officials, the heir apparent, and the medical profession all contributed to hastening the collapse. So the dispassionate film, which did not hide Ludwig’s fascination with the naked male body, drew intense criticism from Bavaria. When Berlin’s censorship board refused to intervene, Munich’s police commissioner imposed a
ban on showing it on the grounds that it was “a danger to the public order.”