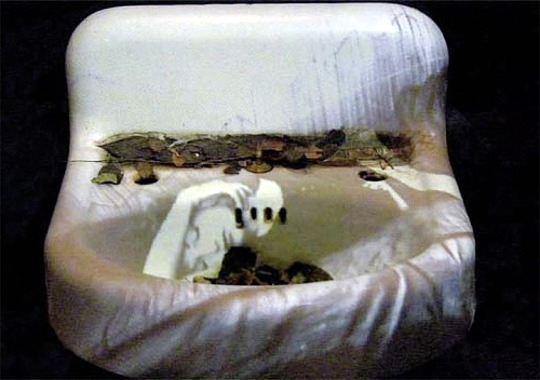 MAYA DEREN'S SINK explores Deren's concepts of space, time and form through visits and projections filmed in her LA and NY homes. Light projections in Deren's intimate space evoke a former time and space providing entree into the homes of an influential filmmaker we will never know. The film reclaims the spaces that inspired her work in order to share it with audiences. Time and space are collapsed as film locations of the 40’s are re-imagined in the present.

Performances by an actor based on Deren’s film and writing as well as overlooked biographical insights reveal a creative personality untouched by convention. Voices from the past speaking from doorways, windows and picture frames include the current L.A. and N.Y.C. home owners, Teiji Ito’s second wife, Judith Malvina, Carolee Schneemann, Ross Lipmann and others.  Through collapsing time and extending space, a unique architectural portrait of the artist is created.

The experimental soundtrack is compiled and augmented by the music of Teiji Ito (Maya's third husband) and Tavia Ito, Teiji's daughter.