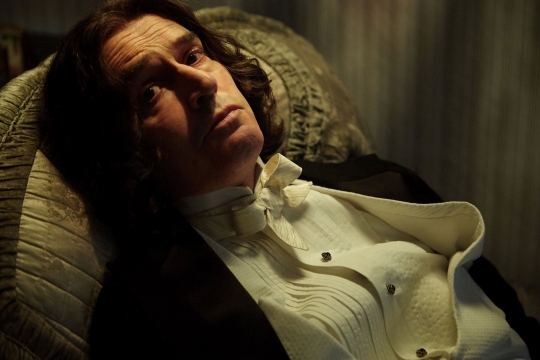 At the end of the 19th century, dandy Oscar Wilde is the darling of London society – witty, humorous and scandalous. However, his open homosexuality is too much for the times in which he lives and he is sent to prison. Impoverished and stricken by ill health at the time of his release, he goes into exile in Paris. After a half-hearted attempt to reconcile with his wife, he resumes his relationship with the young Lord Douglas, which plunges him into total disaster. All he has left are his fanciful stories, with which he conquers the affection of two street boys. Supported by loyal friends who try to protect him from his own excesses, he manages to retain his charm and irony to the bitter end: ‘Either this hideous wallpaper goes – or I do ...’ Written and directed by Rupert Everett, who also plays the leading role, this biopic focuses on the last years of the once celebrated and later disgraced writer. Flashbacks and associative dream images depict him as the eccentric bon vivant he was to remain throughout his life in a portrait that expands to become a panorama of the emerging modern era.