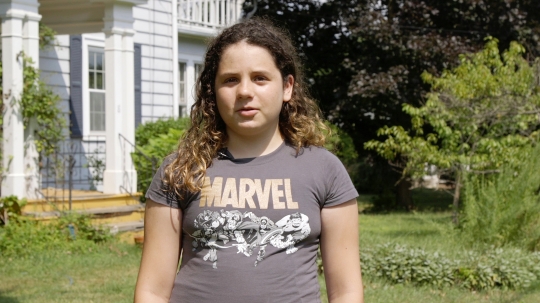 A petrol station at an Atlanta intersection. A private estate in Bowling Green, Kentucky, complete with a perfect lawn. The front yard of a family home in Connecticut. At first glance, the places Irene Lusztig chose to visit on her two-year journey through the United States seem unremarkable. At each stop, Lusztig had local women read out and comment on letters from the archive of liberal feminist magazine “Ms.”. These letters were originally sent around 40 years ago in response to articles in the magazine, serving also as outlets for their writers, mainly women, to share their personal stories – with intimacy and candour, at times full of relief, at other rage. The letters recount experiences of abortions or lesbian affairs with married women and rail against the magazine’s ignorance of what real life meant for black women. Irene Lusztig’s documentary set-up succeeds in bringing a wealth of experiences from an earlier generation of the feminist movement into a complex dialogue with the present. The written word only appears to be at the fore, beyond it, there lies a whole universe of feminism for the viewer to discover, which Yours in Sisterhood makes accessible on many levels.

Born in Coventry, the United Kingdom, in 1974. Her work as a filmmaker, visual artist, and archival researcher also includes the Internet project Worry Box Project (2011).