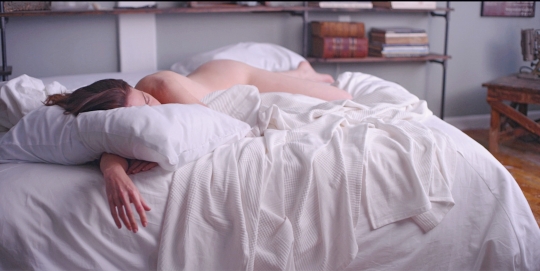 42-year-old Abby is married, well-heeled and a lesbian. She and her wife have two children – they are the perfect family. Then one day she sustains a head injury from a baseball whilst playing with her children and, all at once, her neatly arranged balance of gym, school, family and housework goes awry: ”I don't want this!” is her desperate mantra as she is taken to hospital. She embarks upon a renovation project in the near by city and, before long, puts both her tidy suburban home and her preordained existence behind her. After twice having sex with prostitutes she too begins working –servicing women only, of course – for probably the most unlikely madam in cinema history. Welcome to new New Queer Cinema where the women are getting older and the topics more grown-up and less cluttered – or perhaps not? Stacie Passon’s first full-length feature is produced by Rose Troche, director of Go Fish, a lesbian classic of New Queer Cinema which won the 1994 Teddy Award. Theirs is a productive collaboration, as Passon’s reciprocal role as producer of Troche’s latest short demonstrates; it also bodes well for future joint projects.”

Born in Detroit, Michigan in 1969, she studied politics at the university of Minnesota
and at Wayne State university in Detroit, followed by film at Columbia College Chicago. After graduating, she worked initially as a commercials producer and director. CONCUSSION is her feature debut.