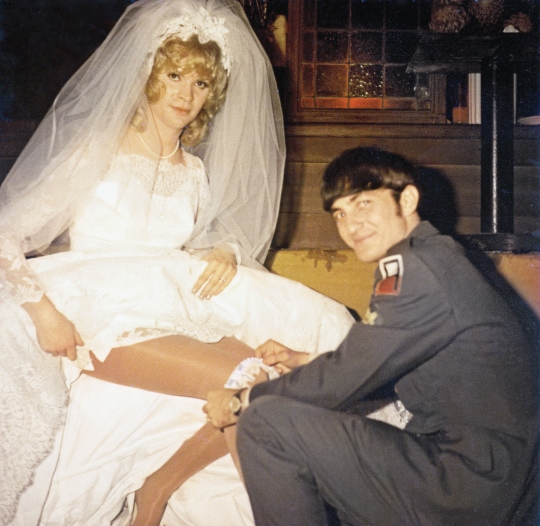 Over ten years in the making, Allison Berg’s and Frank Keraudren’s powerful documentary The Dog follows the life of Jon Wojtowicz, who tried spectacularly to secure the money for his partner’s sex change by robbing a bank. His attempted heist was made famous by Sidney Lumet’s 1975 film Dog Day Afternoon. Making use of copious archive footage, photographs and the testimonials of contemporaries the filmmakers follow not only the man’s bizarre life and progression from lower-middle-class right-winger to militant gay activist, but also provide an unconventional survey of gay culture in New York during the last forty years. The Dog is truly a labour of love, with the fascinating Wojtowicz as its anti-hero, captured here in all his humaneness: ‘the dog’ (as he likes to call himself) is lovable, manic, heroic, hopelessly sentimental, self-destructive, sex-obsessed, violent, manipulative, obsessive and unpredictable. His radical, earthy humour also makes him a fantastic storyteller.

Born in New York City, she has made a number of award-winning documentary films and series. Her debut, WITCHES IN EXILE, won the Special Jury Award on its premiere at the SXSW Film Festival in Austin, Texas and screened at many international festivals. She has also been involved in numerous TV productions as a supervising producer and director.

Born in New York City and raised in Geneva, Switzerland, he graduated in film at New York University and has collaborated on numerous documentary and feature films as a co-director and editor.