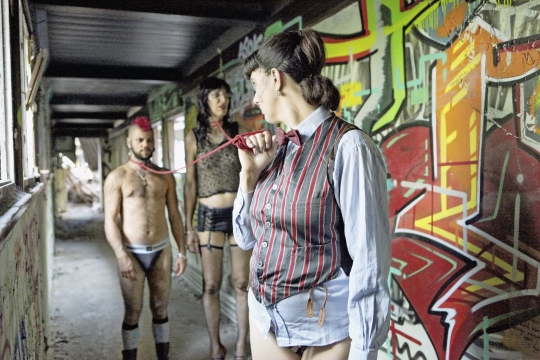 The sixth part in the compilation film series Fuckung Different breaks new ground. Since 2005 producer and project initiator Kristian Petersen has asked gay and lesbian filmmakers from various cities to make short documentary and fiction films - in each case a lesbian taking on gay topics and vice versa. Fucking Different XXY intends finally to dissolve the binarity of classic gender identities. Seven transgender filmmakers from all over the world have made short films about aspects of sexuality which are alien to them. The mixture is colourful and diverse and includes documentary contributions from pornographic filmmakers Buck Angel and Mor Vital and experimental approaches by J Jackie Baier and Gwen Haworth who both come from a documentary background. The film series attempts to overturn stereotypes about the 'other' and what's 'normal' - stereotypes which also exist in the queer community. To quote the film's own motto: break stereotypes, create confusion and celebrate diversity!