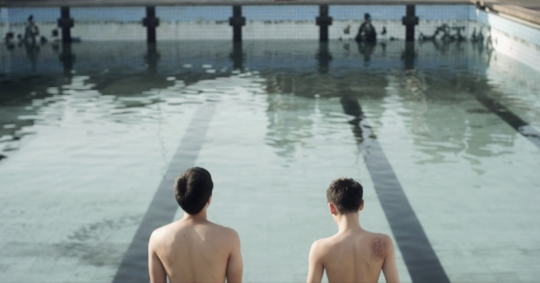 Tam, a timid loner, is bullied regularly by his fellow pupils at school. He is met with similar rejection and suspicion within the narrow confines of his parents’ dingy home, where his father beats him. One day Tam arranges online to meet Phum at a derelict swimming pool. They are both looking for sex, but their encounter leaves them with a feeling of comfort and security. A close bond develops between the two boys and, before long, they are roaming the rubbish heaps and dark corners of the city together, day and night. Phum opens a door for Tam, revealing a fantastical parallel universe full of spirits and dangerous encounters. Although he feels safe and loved for the first time in his life, Tam can no longer differentiate between dream and reality and finds himself increasingly drawn into a spiral of paranoia and violence.

In her feature debut Boonyawatana leads her protagonist into an ambiguous microcosm full of chasms, at the same time cleverly toying with the conventions of different genres.