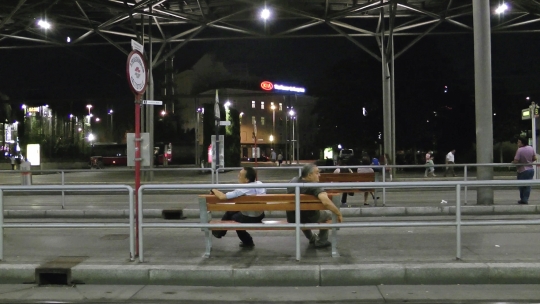 50 years ago, director Hans Scheugl could have left Vienna and started a new live in the USA. His contact with John, his American lover of past days, has long since ended. An investigation into what was and what might have been.

Hans Scheugl (* 20. March 1940 in Vienna) is an Austrian filmmaker and author. In his 16mm films Hans Scheugl often dealt with the problem of real time/film time and in his Expanded Cinema actions with film as material and imagination. In 1968 he founded the "Austria Filmmakers Cooperative" together with Ernst Schmidt jr., Kurt Kren, Peter Weibel, Valie Export and Gottfried Schlemmer. In the 80s and 90s he made feature films and documentaries for television (ORF), among others.
Since the 1960s he has published in magazines and catalogues and since 1974 books on the subjects of film, show arts, art and philosophy.