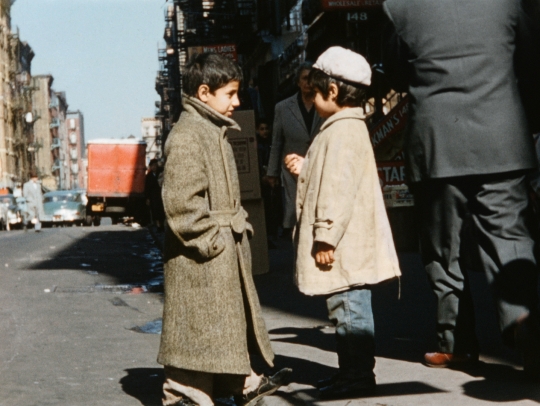 Presented for the first time in the originally planned half-hour cut: Avant-garde filmmaker Ken Jacobs' first foray into the world of cinema – a document of the vibrant Jewish neighborhood in Manhattan where Jacobs grew up.