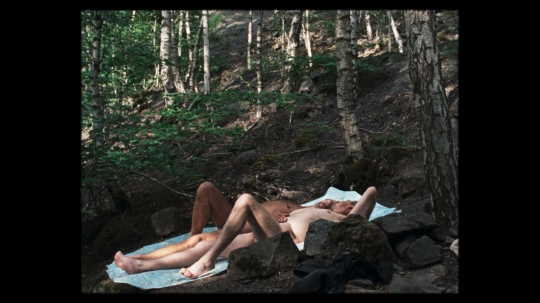 In mining, a slag heap refers to an artificially raised hill consisting of the cleared waste that accumulates during the extraction of raw materials. Birch trees now grow where workers from near and far once went underground to labour hard for very little money. Nowadays, this is a place where men meet to have anonymous sex and share moments of intimacy. “I think he was gay too,” says one of these men about his father who was a miner. Today, as in the past, those who cannot find shelter elsewhere live here. Home is far away, returning is impossible. Human beings need more than water and a tent.

Born in Buôn Ma Thuột, Vietnam in 1990, he is an alumnus of the Busan International Film Festival’s 2012 Asian Film Academy and the 2016 Berlinale Talents. Traversing the borders between documentary and fiction, his films draw on childhood memories and the history of his Vietnamese homeland. He is currently undertaking research into analogue and new media at Le Fresnoy – Studio national des arts contemporains in France.