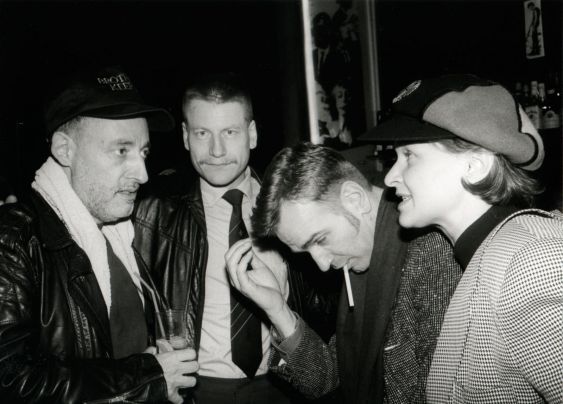 And the TEDDY goes to… Here, you will find all the winners of the 30. TEDDY AWARD as well as information about the movies and interviews with the directors and actresses/actors.

The Teddy Award celebrates its 30th birthday in 2016! 30 years Teddy Award, 30 years of awarded queer films! That’s not only a good reason to celebrate but also to look back at the history of the Teddy and the history of queer cinema. Therefore the Berlinale honours this special jubilee with a Teddy Retro including 17 pearls of the queer film history. Here you also see that naturally queer film making is much older than the Teddy Award. It started in 1919 with „Different from the others“ and this film history is after all the reason, the Teddy came into being: To give all the wonderful movies a chance, a chance to be screened at festivals, to gain popularity and to change the world bit by bit.

The first Teddys in 1987 – back then still furry soft toys – were awarded to the back then still unknown directors Pedro Almodóvar and Gus van Sant; nowadays you can hardly imagine international independent cinema without them. In the course of its history, the Teddy then has seen a lot of great, colourful, extravagant, flamboyant, interesting and controversial people, talked with them and awarded them. About all this, about the stories of the Teddy, the former winners and the movies, we will report this year: with interviews, in the Teddy Retro and with articles in the Teddy Magazine. Also our blog will inform you about all the movies competing for a Teddy Award, about our international Teddy Jury 2016 and about the artists which will perform at the Ceremony and the party.

But for sure we will also use this great opportunity to have a big and beautiful award show and party. After all you only turn 30s once or twice in your life! And to this grand party, you are all invited:

The 30th TEDDY AWARD will be awarded during the 66th Berlin International Film Festival on Friday, 19th of February 2016. The location of the festive awarding in 2016 will be the STATION Berlin. The ticket presale has begun.